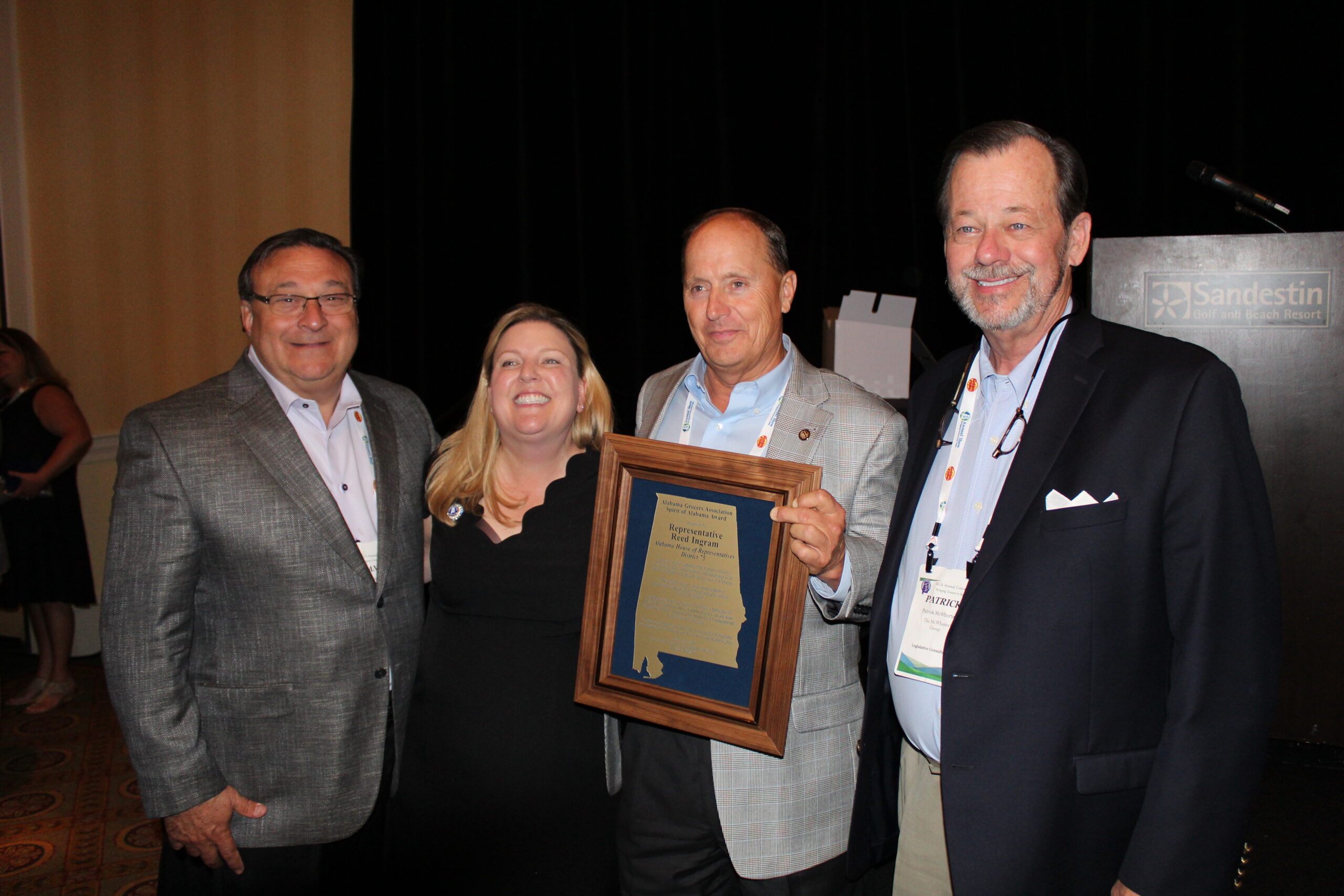 The Alabama Grocers Association recently held their 29th Annual Convention at the Sandestin Beach Resort in Destin, Florida.  The Association brought members from all aspects of the grocery industry together to promote the growth and success of the food industry throughout the state of Alabama.The convention kicked off with the Larry D. Eddleman, Sr. Golf Classic at the Baytowne Golf Club.  First Place golf winners included Gene Phillips, Truno, Josh Ray, Shop Hero, and Brad Conner, Birmingham Beverage (pictured below);

Tuesday afternoon also included an exhibit hall with more than 70 booths with vendors from all aspects of the grocery industry. Featured in the exhibit hall was our Alabama State Best Bagger Contest sponsored and run by Bunzl Distribution.  Miss Jessica Stevens, Publix Super Markets, Inc. will represent AGA in the National Grocers Association Best Bagger Contest on February 24, 2020 in San Diego, California. Bagger winner pictured below.

On Tuesday night, the Chairman’s Banquet was held with renowned comedian Henry Cho as the celebrity entertainment.

Several Awards were given including the Spirit of Alabama Award, presented to Mr. Reed Ingram, Alabama House of Representatives, District 75 for his work this legislative session in the passing of our Sunday Sales bill that will allow any wet county or municipality by resolution or ordinance to permit and regulate the sale of alcohol on Sundays.

New Officers and Directors were installed. Mr. Frank D’Amico, III, BTC Wholesale, was given the Chairman’s Plaque of Appreciation for his dedicated work during his two-year term as Chairman and the gavel was transferred to Mr. Johnny Collins, Organic Valley Fresh, who will serve as Chairman until 2021.

About the Alabama Grocers Association: The Alabama Grocers Association is a state trade association representing the grocery retail industry since 1990. With more than 135 retail members operating over 850 stores statewide, as well as over 225 manufacturers, brokers, wholesalers and other members, the AGA is the voice of the industry in the state of Alabama. The food retail industry in Alabama provides over 70,000 jobs with over $2.2 billion in annual wages paid. Grocers pay over $1.2 billion in state taxes and have a total economic impact on the state’s economy of over $12 billion. For more information, go to www.alabamagrocers.org.