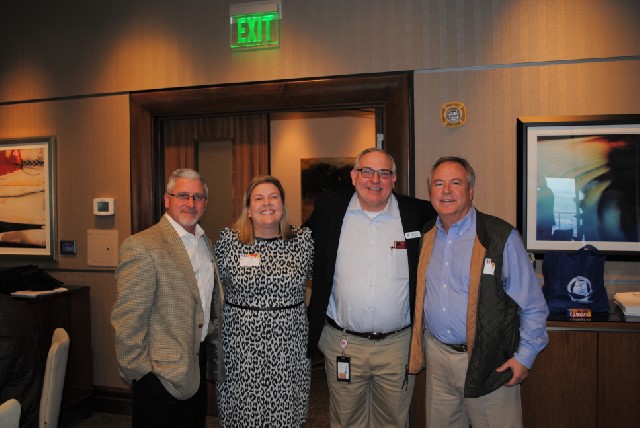 The 2020 Buy Alabama’s Best Retail Campaign Launch Awards luncheon was recently held at The Club. The Alabama Grocers Association, the Alabama Department of Agriculture & Industries, and the Alabama Food Manufacturers and Producers Association were all in attendance.

The Alabama Grocers Association was also proud to announce a new partnership with the Alabama Food Bank Association.  According to Feeding America, the food insecurity rate in Alabama is over 16.5%.  Children and seniors are at the greatest risk of food insecurity.  One in six children may not know where they will get their next meal.  When children experience food insecurity, they often experience developmental delays and impairments in areas like language and motor skills, have more social and behavioral problems and often have to repeat grades in school.  For Alabama seniors, 19.3% are marginally food insecure, 12.8% are food insecure and 5.0% are very low food insecure.  Alabama ranks sixth in senior hunger.

“We are really excited for changes in the new year, especially our new partnership with the Alabama Food Bank Association,” said Mrs. Ellie Taylor, President, Alabama Grocers Association.  “As a food organization, we meet people’s most basic needs by feeding them, so raising funds for food banks across our state could not be more appropriate.”

Laura Lester, Executive Director, Alabama Food Bank Association, gave the group an overview of the importance of food banks across the state of Alabama.  She extended her thanks for the support of these important community organizations made possible through impactful partnerships throughout the state of Alabama.

The food retail industry in Alabama provides over 70,000 jobs with over $2.2 billion in annual wages paid.  Grocers pay over $1.2 billion in state taxes and have a total economic impact on the state’s economy of over $12 billion.